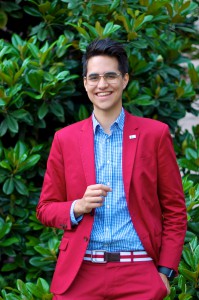 Press officer and photographer at the Swedish pavilion at the Shanghai World EXPO (2010).

Many musical performances solo and in choir, most notably performing for HM the King Carl XVI Gustaf of Sweden and Vice President of China Mr Xi Jinping. Performances on TV and other media in Europe, Asia and America.